The Flaming Lips did some interesting shows in Oklahoma this weekend...keeping their audiences safe by installing everyone in giant plastic bubbles...

The Flaming Lips are no strangers to taking their own approach to things.

One thing they do have in common with a lot of other artists, though...and relevant to this post and blog...is a song about Superman.  A pretty darn good one.

Sometimes I think you have to listen to the Flaming Lips for a song or two in order to calibrate your brain to singer Wayne Coyne's voice...it sometimes takes a few listens to realize how epic, fragile, and beautiful some of their works are.

As far as RPGs go...and that's what I'm looking for excuses to talk about, after all...there's clearly one Flaming Lips song that lends itself to game material perhaps better than any other...

Just classic.  Here's the heroine herself... 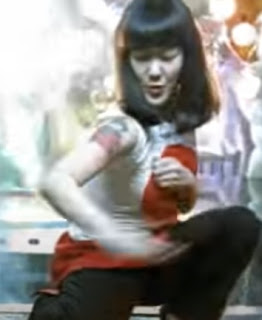