Some other stuff I've done

Here is where I list other random stuff I've done over the years.  Some of it you might care about.  Most of it you probably won't.  That's okay.  You never know...! 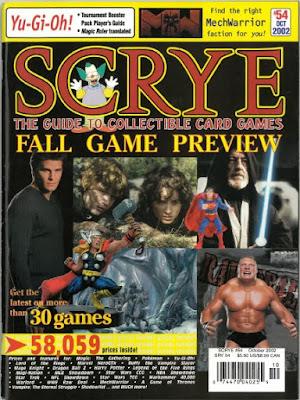 The first game-related writing I ever had published was in the old magazine Scrye, a publication dedicated to collectible card games that would go on to cover other genres of collectible games.  (For those too young to remember, a magazine was kind of like a website, but you kept it in your bathroom and didn't need your phone to read it).

Anyway, I got a foot in the door there with an article on the ultra-obscure card game Calorie Kids but ended up contributing material for a fairly wide variety of titles, including the ones that dominated my gaming time during that era (Magic: The Gathering and Pokémon).  If memory serves, I also wrote articles for the following games:

Um...maybe Gundam M.S.War...?  I know I contributed to a slightly different project for it (see below)...

That might be all...I'll add to this if I think of more.  I was definitely willing to play and analyze whatever CCGs came my way! 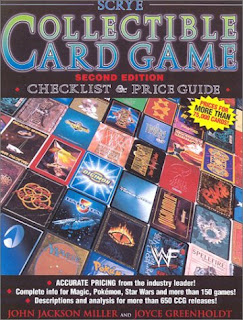 Scrye's publisher, Krause Publications, also made at least two versions of the Scrye Collectible Card Game Checklist & Price Guide.  While I missed out on contributing to the first edition, for the second, I got to write pieces for Survivor, Gundam M.S.War, Cardcaptors, and the long-running Christian CCG Redemption.  I still pull out my copy of this from time to time just to browse through all the interesting games that were made during the first decade of the hobby.  It really is a nice look at the history of the game genre!

While I can't put my hands on most of my Scrye work, I did manage to pick up a back issue for a good price off of eBay a little while back; thanks to the site Scrye Notes, which catalogs covers and tables of contents for the publication, I was pretty sure I had a couple of articles in it.  Turns out there were three of 'em!  For your reading pleasure way to pass the time: 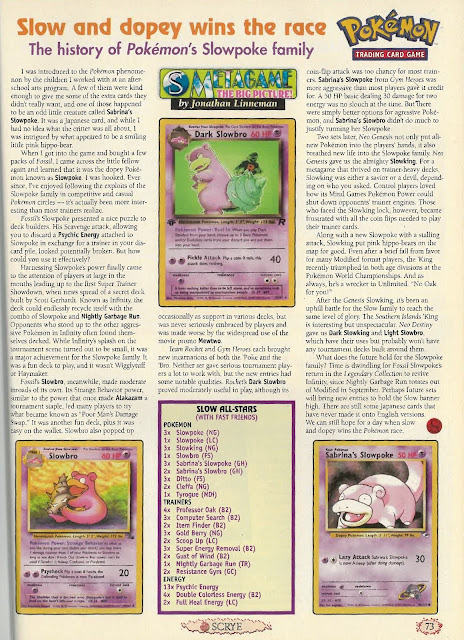 PDF can be found HERE. 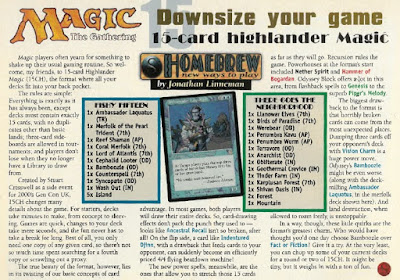 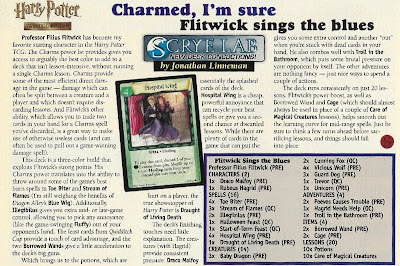 When I first discovered the OSR, I thought Fight On! magazine was just about the coolest thing going.  Around that time, I had an idea for an RPG-themed comic strip (Doxy, Urgent Care Cleric) and was lucky enough to find an awesome artist (Kelvin Green) to team up with me for contribution to the fanzine.  I had stuff printed in issues 10-14 (although one of the comics was pretty much all Kelvin, and I can't say I earned the byline at all)...a comic in each, and a short article in the last issue about a science fantasy RPG campaign premise (working as agents of a modern organization known as the CROwN - this also featured awesome artwork from Kelvin, btw).

If you dig old school roleplaying, there's probably a lot you'll like in Fight On!  Although it seems to have faded away around 2015, the magazine's website can still be found HERE, and its Lulu store is HERE.  Also, issue #14 didn't seem to make it to the site, but its RPG.net announcement can be found HERE.

Kelvin has also posted a number of Doxy episodes over on his creative works site.  (That site hasn't been updated in quite a while, though...so to his blog HERE if you want to see some of Kelvin's latest thoughts and artwork.  Anyway, with Doxy, the art and good jokes are his, the lame jokes are mine.

Around 20 years ago, I played in a ska band in middle Georgia. We were called the Macon Blue Beat Combo, and we were pretty darn low profile, but our shows were somewhat successful in bringing in a fair number of students from a local college (where we met, where pretty much all of our friends were, and where our singer was and is a professor...so, the math added up).  In 1999, we scraped together the money to quickly record what was essentially a demo.  It's always had some big flaws (mostly in my drumming) that have often made it tough for me to listen to.  However, we did make some CDs out of it that we sold at shows and were EXTREMELY lucky for the Toasters' Bucket Hingley to actually put one of the songs on his and DJ Chuck Wren's Still Standing ska compilation in 2003. 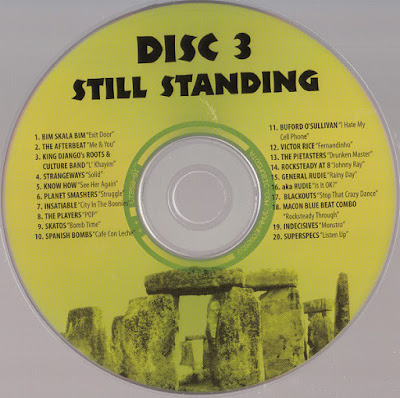 Fast forward, then, to the COVID-19 quarantine...a friend of ours who is now a news producer in Chicago is enjoying some comforting tunes from her past and decides to work one onto the air:

A few weeks later, and Liz is nice enough to do it again with another song she felt fit the day...

Somewhat hilariously, the members of the band all realized that, other than maybe the song on the comp, none of us could put our hands on any of the music that we recorded.  Luckily, our other organized friend Amanda came through with 20-year-old MP3s she could still locate.  So, I went ahead and put most of 'em up on YouTube such that they won't be completely lost to history.

If you're so inclined, you can click HERE to be taken to the band's YouTube page.  And if you're not, here's what I think is the song that probably came out the best in our approach to recording (the second song above):