There are a lot of Superman songs out there.  Here's one I like.

Some background:  I was probably in high school when I first saw the title of the Spin Doctors' debut album Pocket Full of Kryptonite.  Young and nerdy me thought it was a pretty cool reference for a popular band.  When I eventually realized that they actually had a song--on the radio, no less--about Superman...well, that's one of those little moments of vindication for the geek knowledge I had acquired.

Of course, Supes is such a cultural icon that it doesn't take much geek knowledge to sing about him.  (I guess that's why a "Superman's Best Songs" series can happen on this blog.)  But still...the angle of Jimmy Olsen pining for Lois Lane is a fun twist.

On the Spin Doctors:  Their sharp and catchy rock was exactly the kind of stuff I was looking for at that point in my life.  They're all probably pretty underrated as musicians.  And...singer Chris Barron gave hope to skinny guys like me that girls could pay attention to me (a prospect that wasn't helped by all of those Charles Atlas ads I had encountered in reading comics).  I just had to figure out how to become a rock star.

Oh yeah, and the band's still got it!  Earlier this month, they released this version of "Jimmy Olsen's Blues" from whatever variant of quarantine they currently find themselves in...

And speaking of Superman...covering his superheroic archetype is one of the critical steps I need to take in getting a more or less "complete" version of Light City into the wild.  The LC Multiverse's Supes analogue is Wonder Man, who has come up previously on here as a founding member of The Association.  I figure the most straightforward way to handle heroes like this is to treat them as Bricks-PLUS...meaning, the archetypal Brick with a suite of abilities added on.  Three levels of The Brick were presented in The Assembly (to cover the Hulk), and the class was extended to seven levels in the French translation/expansion L'Assemblee.  And in fact, The Brick was one of the classes I had in the unofficial queue for individual publication before I fell off the Light City wagon.  I even worked on a cover for it... 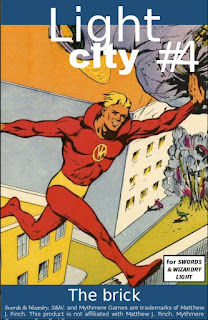 ...which now looks...uh, pretty bad after converting from the PowerPoint I had access to at the time to the LibreOffice I'm using now.  Looks like I'm having a little font issue. :)  (And yes, I often fulfill my meager layout needs using PowerPoint and its ilk...maybe one day I'll take the time to learn some proper publishing software...)

So, on The Brick...I'm looking to incorporate those add-ons that turn a Brick into a Brick-PLUS as options for levels 4-7.  That is officially in the unofficial queue...

The Lore of Chess Rush: Flamecaller

So this is something I've been meaning to link to for a while now.  Last year, I really became a fan of the auto battler genre of video games (sometimes called auto chess after its first major representative).  As I've mused previously, it's really hard to pin down exactly what it is about these games that's so addictive...but man do I love them.

Three of the genre's heavy hitters - Teamfight Tactics, Dota Underlords, and Hearthstone Battlegrounds - are built upon established IP with well-developed universes.  However, my two favorite auto battlers - Auto Chess and Chess Rush - have been building their worlds pretty much from scratch.  I say "pretty much" because their characters, at least initially, were largely tweaked and reskinned versions of the heroes from Dota 2, since it was a mod of that popular game (created by Drodo Studio, the current developers of Auto Chess) that set off the auto battler craze.  (Also, I think the Chess Rush characters - or character models, at least - may be from a previous game by Chinese mega-developer Tencent, but I have no idea how much effort may have been put into making the overall worlds similar...)

The directions that these games have taken their heroes has granted a lot of opportunity to develop interesting worlds for gaming.  I have often thought that a game might be able to help distinguish itself from the others in this fairly crowded niche by tailoring the experience toward immersion in a fantastic universe.  And aside from that, I just like reading game lore.

So, I decided I'd pester these companies a bit, letting them know I'd like to see more lore and offering my own feeble attempts.  Well, the kind crew at Chess Rush was gracious enough to link to a short story I wrote from their official Facebook page once I posted the story on their subreddit.  So...I am happy to share that I have semi-officially added a bit of lore to the Chess Rush universe with a short story about the hero Flamecaller that you can find, if you're so inclined, right HERE! :) 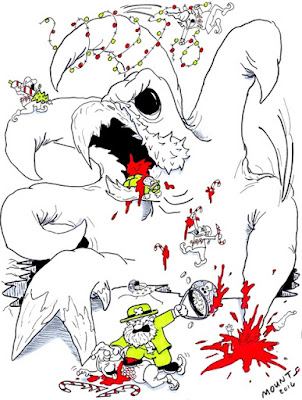 I hope everyone has a safe and happy holiday today (even if it's not actually a holiday for you).

----------
Note 1:  The beast above can be encountered in the holiday adventure In Bleakest Midwinter that I wrote a few years back.  Check it out if you like...it's free!  The Turkraken is also statted out HERE.)
Note 2:  My good friend J.R. Mounts, who generously provided art for that adventure (including the Turkraken itself), recently had a couple pieces of his work featured in the Godzilla fanzine G-FAN.  I think that's pretty freaking awesome.  You can find the latest issue HERE if that sounds like something you'd be into...!  (J.R.'s work is in #129, Fall 2020.) 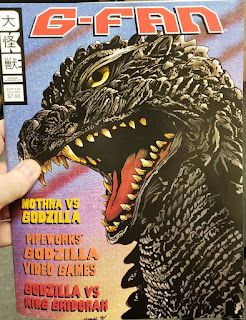 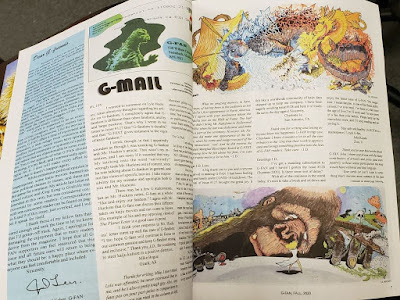 The Fall of Phoenix Jones

I have long found Phoenix Jones to be an interesting figure in the Real Life Super Heroes (RLSH) effort.  He carved a solid place for himself as founder of the Rain City Superhero Movement and arguably the first RLSH to actively fight crime like the ones in the comics we read.  I had never known many of the details of the path his career took until I watched this documentary the other night.

I obviously recognize why he's a bit of a controversial figure, but it's really hard not to pull for this guy.  According to the YouTube comments (yeah, I know), there may be some critical history missing that relates to his reaction to the MMA fight with his brother, but this is overall very well done.  His story is complex, just like many of the greatest superhero stories.

And...because of what this blog is, here's Phoenix Jones for Light City (taking the liberty of giving him a signature item a little early)...

It's a weird time to be alive

Mostly because I live in New Jersey now.  Who saw that coming?  It was just a couple of years ago that I moved out of Georgia for the first time, and now I've left the Sun Belt far behind.  Weird, indeed.

I mean, I do like most of what I've experienced in NJ so far (although some of the drivers around here need to chill the eff out).  It's just not a spot I had ever really imagined myself living.  Interestingly, there's been a big split in the reactions of folks who I talked to leading up to the move.  There was a definite "why in the world would you want to go there?" camp, and an equally passionate group that felt the need to immediately defend the state from its stereotypes.

Please be reminded, as I have been, that it is the Garden State for a reason.

While I'm living in the western part of the state, I have come to realize that pretty much all of North Jersey is considered the New York City area.  And though my little borough doesn't feel like NYC at all (I don't think, anyway), the proximity to the big town does have my mind wandering to stuff like... 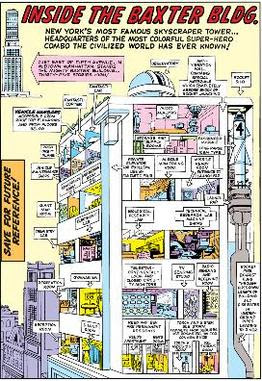 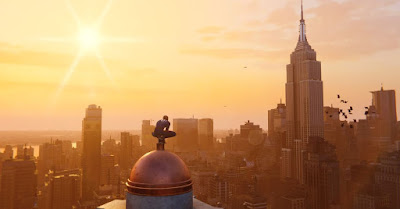 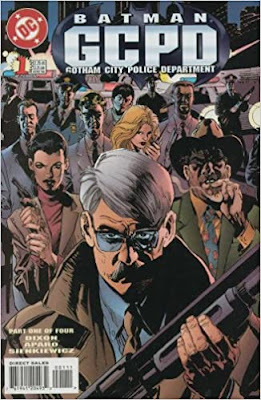 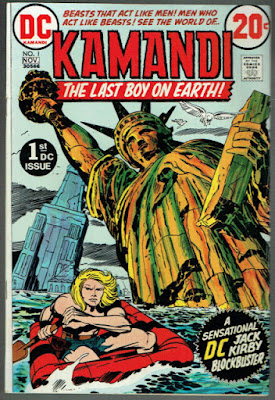 Long drives like the one that took us from North Carolina up here also tend to put me in a post-apocalyptic frame of mind.
I guess I'm just saying I've been in a very comic bookish mood lately.  Hmm.  Maybe it's time to revisit Light City in the near future.

And anyone happening upon this who is familiar with North Jersey -- got any recommendations on good places to go for geeky goodness around here?

Posted by Jonathan Linneman at November 06, 2020 No comments:

I shared this video on the eve of Election Day in 2016.  Thought I'd share it again now.

Because it's even more relevant this year?  Eh...maybe.  But mostly just because it's a great song.

Posted by Jonathan Linneman at November 03, 2020 No comments: