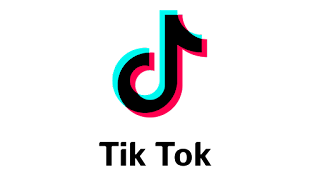 Revisiting an obsession of 13-year-old me

Ah...who am I kidding, this isn't a strange activity for me at all.  I've mentioned before that I enjoy following sports (especially those of my Georgia State Panthers) and, like pretty much everything I enjoy, I occasionally follow its threads to their obsessive and geeky ends.  (That's shown up in, say, the 1d6-skill-system-based football microgame I worked on way back when.)

So, you may have noticed that sports aren't really going on right now (although I saw a rumor that maybe they'll be playing baseball in South Korea...?).  In a strange way, it's almost seemed to me like a tiny contribution I could make to the world, to fill that void in a very small way that I can control.  In thinking about this, I've drifted back to one of the first games I ever put real effort into designing, a baseball simulation that I worked on back when I was around 13 (the reason I bought my first-ever "funny dice").

This isn't a complicated "simulation" at all.  It's just a d100-based resolution system in which the results of each at-bat can be determined by one or two rolls.  It uses a "50-50 method" of following the pitcher's stats half of the time and the batter's the other half...which I found out in reading around lately is a somewhat controversial paradigm among those who enjoy tabletop baseball games like Strat-O-Matic (which might have to be a post for another time).

Some examples with a GSU batter and pitcher:


I'm just working out some rules for stealing bases and need to write out what I see as the most reasonable way to resolve baserunners' advancing in different situations, and I think it'll be complete enough for now.  I have a spreadsheet going that turns stats into player tables pretty easily, and my plan is to play out the conference championship tournament that we won't end up getting this year.

Stay safe out there!
Posted by Jonathan Linneman at March 22, 2020 No comments:

I am actually very lucky in that I have a job that has to continue, working for an organization that's established enough to weather some tough times, in a capacity that doesn't require a lot of face-to-face interaction with humans (just canines).

But working with a skeleton crew...keeping my distance from the few other folks around...and not knowing what restrictions tomorrow might bring...well, it's all pretty weird.


I spent some of yesterday morning playing a few of my favorite post-apocalyptic tunes while I worked.  I still think this one is the best...

Posted by Jonathan Linneman at March 19, 2020 No comments:

Because "Monday" and "Magic" both start with M, it seems like a good day for me to try consistently posting thoughts related to one of my favorite games (maybe my absolute favorite), Magic: The Gathering.  I have a lot of thoughts on it that usually just sit around in my head, so why not write them down here?  And, I mean, they both start with M.  It's just too perfect.

So, around...wow, 13 years ago?  Man, I'm old...okay, so around 13 years ago, the makers of Magic took the storyline on a sharp turn and began to focus more on the setting's planeswalkers, the powerful individuals who are capable of traveling among the various fantasy realms in which the game takes place.  There were already some pretty cool pieces to the lore (I have fond memories of the Phyrexian invasion of Dominaria), but most of the stories at the time focused on characters other than planeswalkers.  With the shift, planeswalkers were powered down to become more relatable, and they became the stars of the show.


This makes a lot of sense, since the premise of the game is that you take on the role of a powerful planeswalker battling another using your customized spellbooks.  It's also made me think a lot more about what it means to planeswalk.

The various planes of Magic are a lot like the D&D multiverse.  They all share a certain classic fantasy vibe, but they all also have their thing.  Innistrad is classic horror, Zendikar is adventureland, Eldraine is fairy tales + Camelot, and so on.  It's a nice way to keep things fresh from set to set and year to year, and the planeswalking protagonists and villains tie it all together.


One thing that I've always grappled with, though, is why all of the worlds these planeswalkers happen to end up on have so many similarities.  Don't get me wrong...there's a lot of variation from, say, Kaladesh to Amonkhet to Ixalan to Ravnica.  But they're still worlds that feel like they belong in Magic sets.  There are wizards.  Usually humans.  Often goblins.  Why don't they ever planeswalk to the bridge of the Enterprise?  Or the middle of a battle between Mew and Mewtwo?  Or a superhero-filled Earth?  It seems like there must be something that ties these worlds together in a very specific way, and what makes the most sense to me (at the moment, anyway) is the magical mana upon which the game is based...specifically the five colors that represent five different philosphies and sets of values.

But how might this work?  So lately, I've been enjoying having my mind blown by watching and listening to a variety of shows and videos that try to break down concepts of modern physics for idiots like me.  Something that's really caught my attention lately is the idea of eternal inflation.  I won't pretend to really understand it, but the basic premise seems to be a Big Bang that just keeps on expanding, with universes constantly being formed in bubbles along the way, like holes in a growing block of Swiss cheese...or, maybe, like the planes of Magic.

I think most of us have also seen graphics that illustrate the connection of one point in spacetime to another by turning that 4-dimenstional concept into a flat...er, plane...and bending it.  Something like this:


Of course, to get that kind of warping, you need something REALLY massive or REALLY fast.  Or both.  If I understand it correctly.  And then if you consider that you might be reaching across spacetime not just within your own universe, but to an entirely different bubble in the multiverse...well, maybe you have to have something bending reality together from both sides.  Maybe even something that doesn't necessarily have mass or velocity, but which holds enough energy to act like oodles of both.  Like...mana!  Thus, if you're planeswalking using magic powered by mana, you'll only end up in another part of the multiverse that is similarly flush with this reality-warping substance.

That's how I see it right now, anyway.  I'll hopefully have more armchair geek-physics on the way soon...

Posted by Jonathan Linneman at March 10, 2020 No comments:

Some of this "news" is more than a week old now, but I thought it was cool to see a little "ocean world" theme in my internet wanderings over the past several days.  First, on February 27, the University of Cambridge announced that a group of astronomers there had assessed planet K2-18b, just 124 light years away and between the size of Earth and Neptune, to be potentially habitable.  This report from ScienceAlert plays up the possibility of a very watery surface: "It opens up a whole new ballgame of sloshy alien planets."

Obviously, that makes me think of...


It is pretty interesting to see the researchers make statements like: "Our results demonstrate that the potential for habitable conditions is not necessarily restricted to Earth-like rocky exoplanets."  If you're so inclined, you can find the original paper here.

Of course, we live on a pretty watery world ourselves...and a paper has just come out supporting the idea that at one point, our homeworld may have been completely (or almost completely) covered by ocean.  Once again, ScienceAlert has a nice article focusing on that aspect of the work.

If you'd like to see more about ocean worlds, NASA has a nice page about them.  (Did you know that most of our ocean water may have come from asteroids?  I didn't...)
Posted by Jonathan Linneman at March 07, 2020 No comments: