Should be coming along any day now...

I'm having a ton of fun playing around with Light City.  My geek-out time is extremely limited right now, so it's great to have something to focus me.

And since that means I'm decidedly NOT focusing on any worthwhile blogging at the moment, I figured I'd go ahead and post the cover of what I hope to have available very soon... 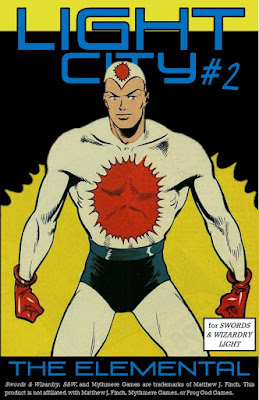 Hopefully the length of time it's taking me to assemble something as simple as a Swords & Wizardry Light character class will pay off in quality...but I guess we'll see...!
Posted by Jonathan Linneman at May 25, 2017 2 comments: 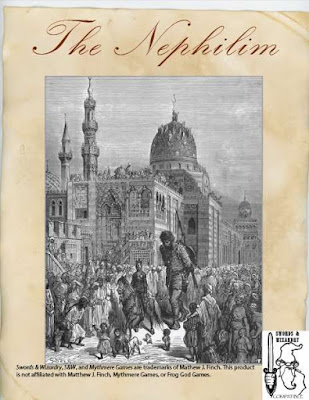 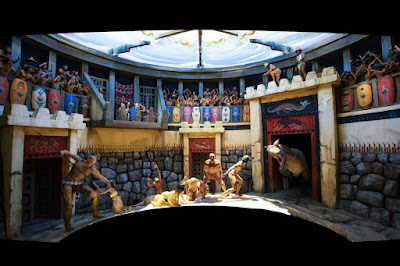 Here's a new little experiment I'm hoping to run with...working with supers in the Swords & Wizardry Light framework, one tiny publication at a time... 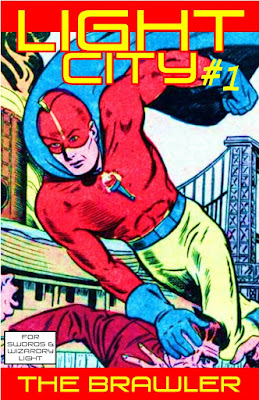 The first "issue" of Light City is the Brawler class, for street-level heroes that do the hard work with their fists (like our friend the Flame, above!).

It's free over at RPGNow.  Click here to check it out; I'd love to know what you think of it!

Thanks to my blogging bro Justin for his revision advice here.  Hopefully something else will roll out in the Light City series before too long...!
Posted by Jonathan Linneman at May 15, 2017 4 comments: