The 8-bit origins of Auto Chess

Hi internet!  I made a thing.

'Tis a wee thing, but a thing nonetheless.  And while I haven't posted anything here in...quite a long time...it seemed to me that there may be some overlap between folks who might enjoy seeing said thing and those who would be aware that I posted something here (I posted it over on Reddit, but that's obviously much less satisfying than a blog post...).

So...I've developed an obsession with Auto Chess as I have for very few other games over the years, and I eventually started thinking about how fun it would be to have a version of the game (or an auto battler in general) in a retro gaming style.  Since I don't know what the odds are of that ever happening, I doodled this together to at least see what it would look like.  And...you never know...maybe some indie developer and fellow lover of Auto Chess sees this image at some point and decides to make it happen... 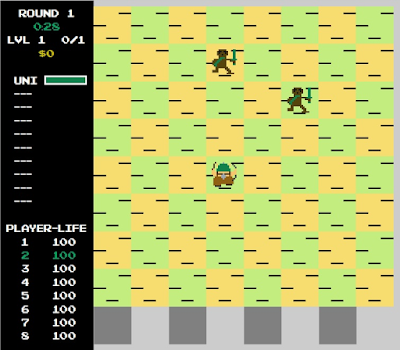 And...that's it!  It ain't much, but it was fun.  I'm hoping to keep playing with this over time to maybe produce some more compelling images...

EDIT 09/14/2019:  I see that this post has actually gotten a few views and don't know what the chances are that anyone who's seen it is at all familiar with Auto Chess.  So, I figured I'd post a screenshot of the mobile game. 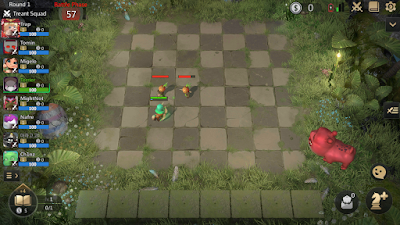 Posted by Jonathan Linneman at September 08, 2019 No comments: