Dungeonstack A to Z: Spells

This is really just a bit of a "bookkeeping" card, but as I'd like for everything in the Dungeonstack to be playable from the cards themselves (once the basic rules are known), I thought it was important to include.  Here's reminder text for the spells known by the Heroic Mage presented earlier, the 9 Realms' Guardian (worded with the card game in mind): 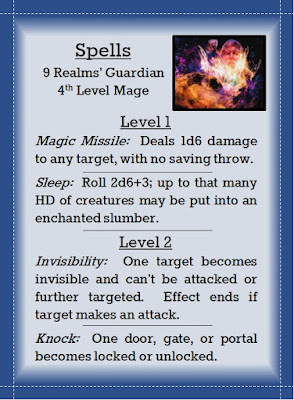 I may look to spice up the presentation at some point, but at the moment I think it's pretty functional, looks decent when trimmed... 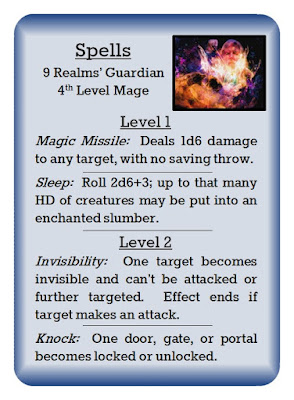 ...and matches up nicely with its associated hero. 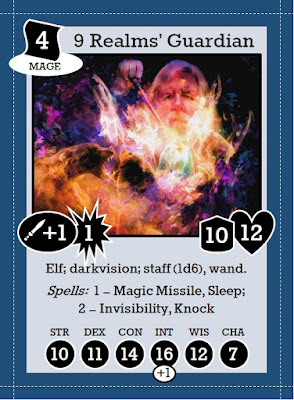 I hope to present another magic-wielding Hero before the month is over, so I'll be sure to make a spell card for her or him, too.
Posted by Jonathan Linneman at April 22, 2017