...because I may as well pretend like my opinions are that important!

2016 is about to close out.  Here are some random reflections.

WTF Event of the Year - The United States Presidential Election

I get that some bad stuff went down this year.  The entertainers who died got a lot of coverage.  On the world stage, the situation in Syria is pretty depressing.  And on a personal level, there was a tragedy in my hometown that people in a community that small aren't used to dealing with.

Seriously, America.  What in the actual fuck.

There's really not much to say that hasn't been said many times over.  From where I stand, this was clearly the event that dominated the year.

New Song of the Year - Michael Bublé's "Nobody But Me"

Now, on to a happier note.  I'll admit that I don't really hear enough popular music to make a truly educated choice here, but when I hear a song that blows me away like this one did (and in such a genre-agnostic way), it oughta be recognized:

I couldn't find an easy link to the performance on The Tonight Show, which is the one I first heard, and which actually got to feature Black Thought of The Roots in the rap breakdown (rather than the trumpet solo above, which is also great), as on the album.  If you can find that one, it's definitely worth checking out!

Song That Would Have Been New Song of the Year, Hands Down, If It Had Been Released Several Months Later - Kendrick Lamar's "Alright"

Thank you to Atlanta community radio for letting me hear this song.  I make no claim to the emotions expressed therein, but I know they held a lot of power in the political climate we experienced this year.  It's also just a great song.

And now, for the games!

New Game of the Year - The Black Hack

In the OSR community, new games drop on a pretty regular basis.  It's kind of what we do, and it's a trend that lends itself to spreading one's attention all over the place.  So, when a game like David Black's The Black Hack comes along and gets people brewing and buzzing with such a central focus, it's worth paying attention to it.  Heck, I couldn't resist hacking it myself.

It also works as game, and it's a lot of fun! 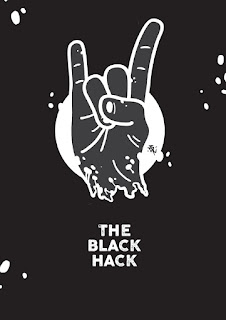 RPG of the Year - Lamentations of the Flame Princess

James Raggi's game of Weird Fantasy is one of the real success stories of the OSR.  My buddy Ted has been running an awesome campaign using a bunch of the published LotFP adventures, which has helped to keep me connected to roleplaying in a busy year and given me a pretty good feel (I think) for the game's themes.  Check it out (you probably already did, long ago)! 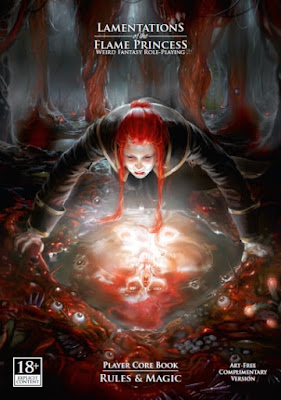 Non-RP Game of the Year - Bohnanza

Yeah, these are just personal awards, so this one takes the prize by sitting idle in my game collection for about 15 years before making a leap to family favorite when it was pulled out of the closet on a whim this year.  I think this one has great potential as a "gateway game."  You gotta love "The Bean Game!"

So...there we are!  Despite some struggles earlier in the year, and the stresses of the fall (as noted above), I have to say that I've actually had a pretty outstanding end of the year, and I hope you have, too!

Big thanks to all who have stopped by this little blog and become friends over the course of 2016.  I really appreciate being a part of your community.  Best of luck to everyone, and I'll see you in 2017!

Posted by Jonathan Linneman at December 31, 2016