Continuing the Pokémon theme...let me note that I've long been a fan of the so-called "Eeveelutions":


One juvenile stage, with the potential to metamorphose into a variety of elemental adult forms depending upon the method and circumstances, is pretty fun.

There's also the fact that we've always thought our dog Brady looks like an Eeveelution.  (Jolteon, especially.)  Thus, his nickname (among others)...


So here are the three Generation I Eeveelutions, converted for battle in your favorite icosahedron-based combat system...

(Ah, and a couple of things I've neglected to mention in the past...first is that I get these icons from the awesome site Game-icons.net, which has tons of amazing bits of art to use in games, completely free of charge!  Second is that the cards I put up here are pretty consistently proportioned such that they can be printed out at 2.75"x3.75", with 1/8" then trimmed around the edges to bring them to standard poker size.) 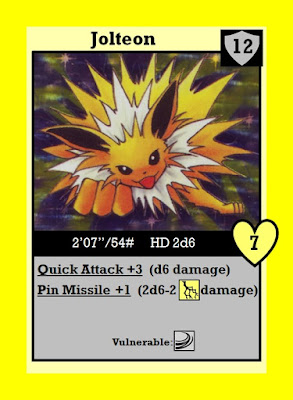 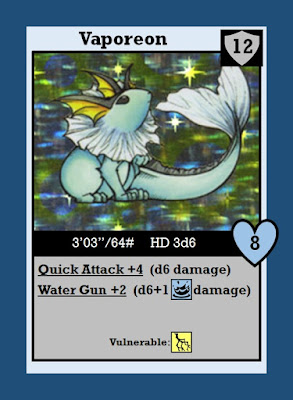 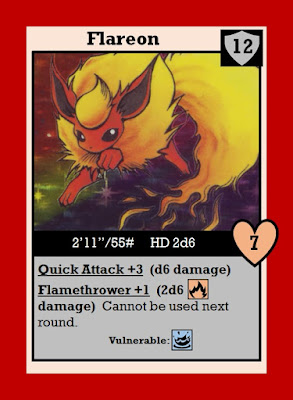 Posted by Jonathan Linneman at December 12, 2016