Well, I missed Monster Monday last week, so I want to at least get some quick thoughts in before I let another one slip by!

Over the past couple of weeks, other than the news coming out of SDCC, there seem to have been two big stories in geekdom.  The first was the arrival of the brand new Ghostbusters, which got some...attention...on the more pop culturally obsessive corners of the net.

The other has been freakin' Pokémon Go.  As someone with some allegiance to the Pokémon franchise, I thought the game seemed like an awesome idea.  That's obvious, right?  But the phenomenon it's become...dang, who saw that coming??

So, for this rather quick edition of #MonsterMonday, I'd just like to post a few links related to a fan theory that I'm rather fond of regarding the venerable Pocket Monsters...

The Pokémon games are set on a post-apocalyptic earth.

(Now that sounds like a great RPG campaign, doesn't it...?)

Here's a video with a fairly quick summary of the theory:

Over at the Fan Theories wiki (which I can't say I've really explored other than this one topic...), there's an even more concise explanation.

A cool image from TechnoBuffalo: 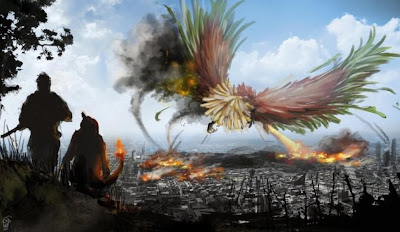 Some more great art, from kevinbolk on DeviantArt: 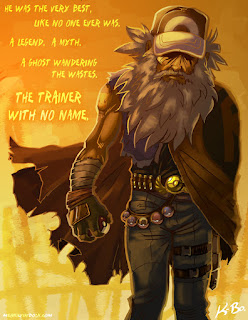 Some cosplayers getting in on the action (from Twitter): 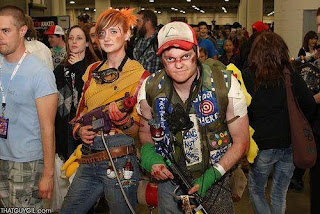 And finally, not directly related, but here's part of a walkthrough of the GBA ROM Pokémon Snakewood, a Ruby mod that explores the Pocket Monster theme in a zombie apocalypse:


There's certainly more out there.  I'd love to see this theme keep gaining momentum; pretty much everything becomes cooler when you add Mad Max, doesn't it?
Posted by Jonathan Linneman at July 25, 2016