I may have found just the setting for your next horror game...

The wife and I happened upon this place while traveling around the Great Smoky Mountains yesterday.  I can't say I know much of the history of the Teddy Bear Motel, but I found an image on the web of an old business card for the place, which may have been made during its heyday. 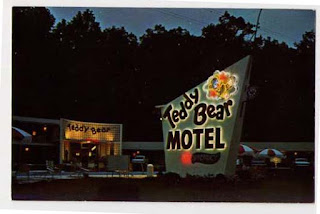 Here's the back of said business card: 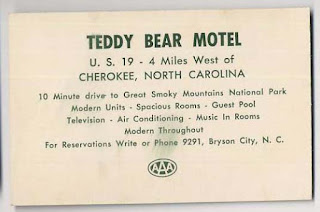 I have a feeling the place could be a pretty creepy spot anyway.  It has a very Batman-villain feel to it.  This is only enhanced by the fact that by the time we drove by it yesterday, it had fallen to this state: 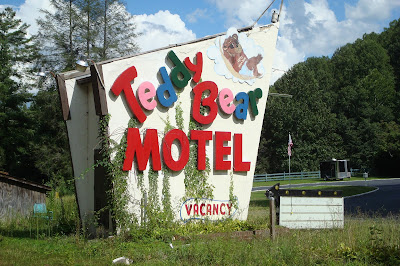 I don't really know why part of it is taped off... 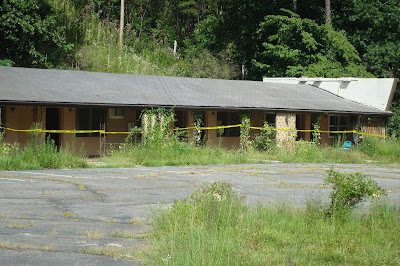 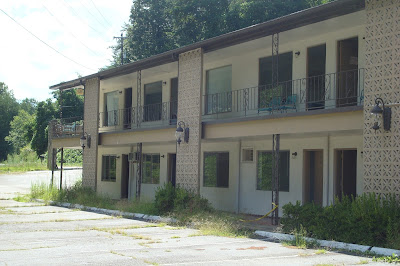 ...but the fact that it was apparently abandoned recently enough that when I got out to take a few pictures, I could still hear a smoke detector calling for a new battery, added a little touch of the macabre somehow. 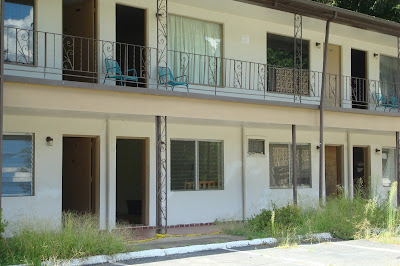 Is it standard procedure to just leave most of the doors open when you have a motel sitting around hoping to be sold?

Oh, and here's a great place to stuff some bodies: 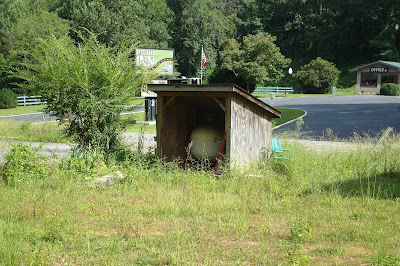 Thankfully, Laura picked up enough of a haunted house vibe that she wanted to stop off for some pictures.  There was also an abandoned Teddy Bear Restaurant right next to it.  I kind of regret not getting any shots of that...
Posted by Jonathan Linneman at August 17, 2016

Email ThisBlogThis!Share to TwitterShare to FacebookShare to Pinterest
Labels: horror