I think the topics I hit on this blog probably make it clear that I'm a fan of ridiculous anthro characters and settings, so I was pretty darned happy when I found this old SF anthology comic story.  (I had probably read about it, as it's even referenced on the Kamandi Wikipedia page, but I didn't realize it was in the public domain until I happened upon it here.)  Here's a Kirby story from way back in 1957 (15 years before Kamandi's debut!) that shows some clear roots for the later series.  Interestingly, this story also predates the novel upon which the film version of Planet of the Apes was based, so it's very cool to see that the basics of The Last Boy on Earth were laid out with no Apes influence.

The full story is below, and you should really check out all of Alarming Tales #1 (lots of free Kirby!)...but I don't think I'll give too much away by sharing a bit of opinion before continuing.  (But please feel free to skip to the good stuff below!)

The "resolution" to this story is kind of weird.  And I know that "weird" is a silly observation when the story is about time-traveling to the future to find a world of interspecific warfare among anthropomorphic animals, but I can't help but feel that this is one of those story seeds that would have really benefited from expansion beyond the short-story anthology setup of so many of these '50s SF/horror/monster/etc. comic series.  This panel toward the end of the story seems like it should have a lot of weight... 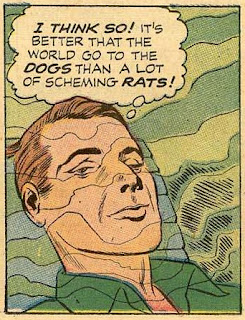 ...but, just six pages into the world, it just seems silly.

Not that I mind all that much...it's still pretty awesome overall!  And in this future world of 2017, we get the benefit of Kamandi to expand the scope of the story.

Side note: This Wasteland Wednesday is also an appropriate time to return to "real" blogging on here, as I've left Monstrous Matters to be a bit of a wasteland lately as my life undergoes a soft reboot.  I hope to be back in the blogosphere to visit for a spell, now! 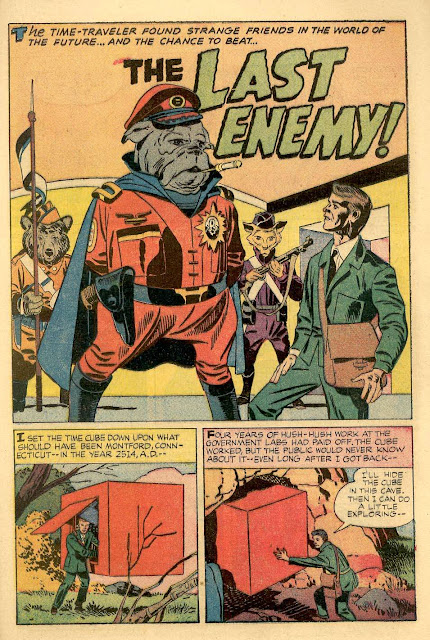 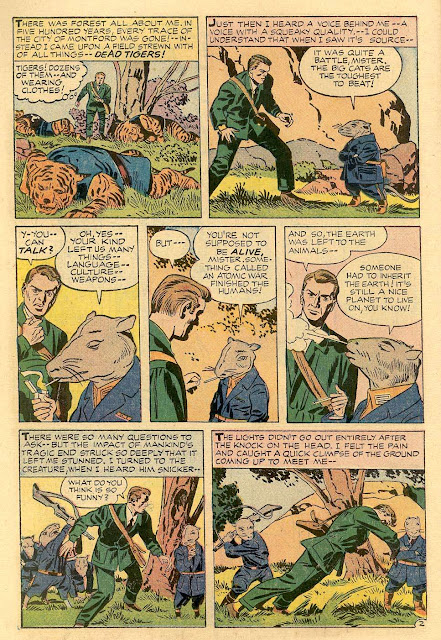 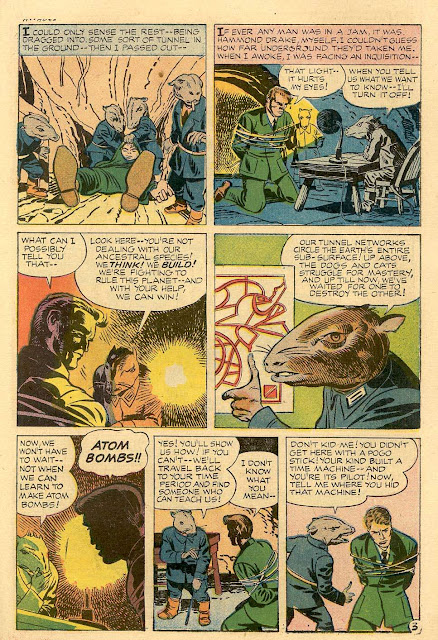 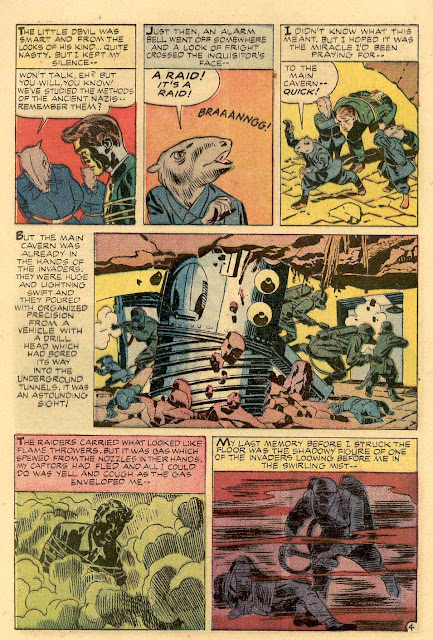 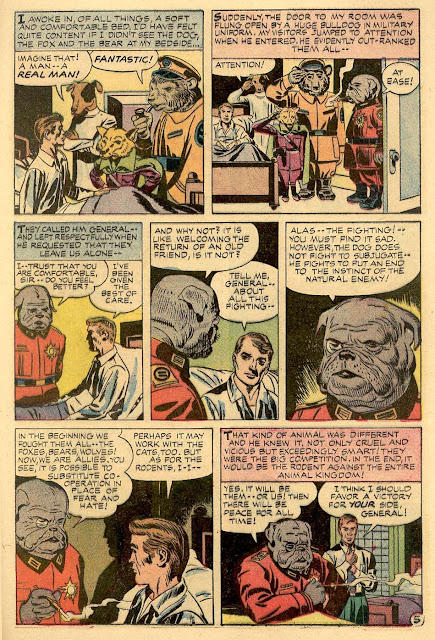 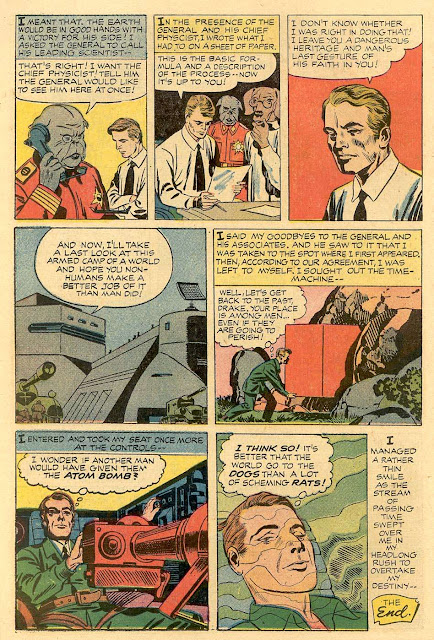 Posted by Jonathan Linneman at February 08, 2017