Thinking about an OSR blogging challenge...

So, I've been thinking a bit about April's A to Z blogging challenge and what I might want to take on this year.  One of the ideas that I hit on, and that I think I'd like to pursue, is to take an RPG setting idea (I think I'll go with the Paleolithic Adventures that I mused about in one of my first posts on this blog) and map out its components to the alphabet, so that by the time the month is over, I have something that can be compiled into a form that others might like to see.  It kind of fits an idea I've thought about trying on here, that I call "Filling up a White Box," in which I'd take the OGL skeleton of the Swords & Wizardry WhiteBox Rules and systematically reskin them into a different game.  So, maybe it'd be called "Filling up a White Box with Rocks."  Heh. 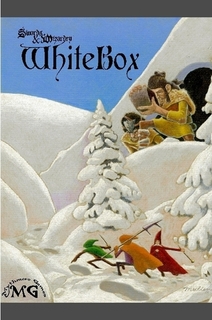 Anyway, the more I thought about it, the more I realized how much I'd like to see what other people would do with a similar task.  Ever since the monster known as the d20 system brought us "D&D" for every genre imaginable, I've loved seeing people take the basics of the class+level+icosahedral-combat rules system and expand it into new realms.  Like those old Dungeon magazine microgames...those were awesome, right?  Some people are clearly quite gifted at this (I'm looking at +James Spahn and +Simon Washbourne here, among others), but we could all probably do a decent job with a little structure, eh?

Then I realized that this might be even better as its own "challenge," since it could be ordered based on the needs of the task itself rather than...the alphabet.  Like the challenge goes something like:  (1) Theme, (2) Races and classes, (3) Equipment...etc., with questions for each one that would encourage fleshing out the game.  I just think it'd be awesome to see people pick a topic they've always wanted to explore, or maybe have explored in their games, and bring it to life.  Like someone's game is about juvenile magic-users at a wizard's school, and another one is Matrix-style gnostic cyberpunk, and someone does Super Sentai, and there's a Vampire clone, and...and...maybe someone hits upon something amazing...! 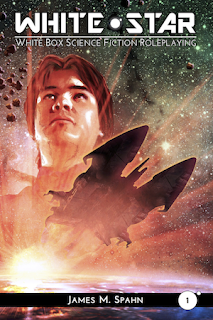 Well, I have about one good idea a week, and I thought I used that up a few hours ago when I decided tonight should be taco night, but I really like thinking about what this could be if others were interested.  So, does anyone have any thoughts on how I could get the most mileage out of this?  What would encourage others to participate?  Or am I just a bit loopy on a Friday afternoon?
Posted by Jonathan Linneman at February 17, 2017