All right...building on the mascot theme...

One of my favorite mascots during my formative years was the symbol of the 1984 Summer Games, Sam the Olympic Eagle: 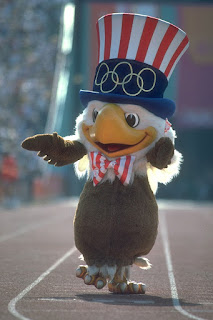 I even still have the little PVC figures of him that I got when I was a kid... 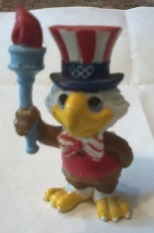 It's only recently, though, that I discovered that Sam starred in a Japanese TV series!  Or...a TV special.  Or something.  For some reason, we never got this in the USA.  Which...well, it seems like we'd be a great target audience, doesn't it?  Here are what seem to be the intro, outro, and something else (a clip? a commercial? a cold open?) for the Sam the Olympic Eagle anime.


You can also catch a complete episode at Dailymotion!
Posted by Jonathan Linneman at June 25, 2016