5e, Iconicon, and Bo Burnham -- thoughts from the weekend

So I did finally play Fifth Edition D&D this weekend, and I'd say that my thoughts upon finally giving it a read with the fresh eyes of a would-be player have mostly held up.  I mean, I'd enjoy playing just about anything with this group, and Watson (in what was, I believe, his first crack at DMing) led us into the realm of the Moon Warrior in style.  We didn't have a chance to work our way through the whole thing due to some technical issues during the game, and I'm definitely looking forward to getting back to it.

One thing I learned about 5e that really stuck out to me -- and that I don't think is just a holdover from previous editions (at least not before Fourth) -- is that the only bonus that comes from taking Two-Weapon Fighting is that you get to add your Strength bonus to damage from the second attack.  Everyone else can still function as a dual wielder, just without that bonus.  Which seems...unnecessarily liberal in what it allows any old combatant to do.  Not a huge deal, but wow.  Have I missed this in previous editions?

While I only had to be concerned with player-facing issues during the game this weekend, in related news, I also got my PDF of The Folio #27 yesterday.  It's written for First and Fifth Editions, and the 5e monster stat blocks look like they make use of a great method for keeping the blocks short and sweet.  I'm definitely going to pay attention to this approach as I move forward in exploring the current edition of D&D! 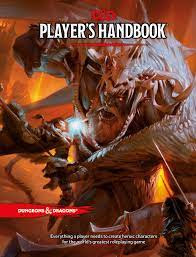 Also, yesterday was Watson's birthday.  Another happy birthday to you, man!

I also realized that the online convention Iconicon -- focusing on pop culture of the 1980s -- was going on this weekend and managed to watch some of it.  I definitely enjoyed what I saw of the panels on iconic 80s vehicles, on comic shops during the decade, and on what they termed the "big three" toylines of the era -- G.I. Joe, Transformers, and Masters of the Universe (that's terminology I can definitely get behind).  I am all about enjoying some 80s nostalgia, and if you are, as well, you might want to click HERE to peruse the collected content.  There are a lot of great creators involved and a lot of interesting topics to go through.  I've only hit the tip of the iceberg so far.

Finally...Laura and I finally watched the Bo Burnham special Inside on Netflix.  We had started watching it on an evening when we knew we weren't going to be awake long, and while I thought it really looked like something special (ahem), it wasn't until we watched the whole thing yesterday that I got the full effect.

Holy shit.  I was blown away by it.

I knew very little about Bo Burnham going into it...and had no idea this is the sort of thing he could produce.  It was funny at times, and he's a comedian, but calling it a "comedy special" would do it a disservice.  It gets dark.  Like...by the end of it, if I found out it was actually a Joker origin story in disguise, that wouldn't have felt out of place.  It's overall very human, and while watching, I got the same feeling of having a brush with genius that I got the first time I watched Hamilton, or the Buffy episode "Once More, with Feeling," or...to include something other than musicals here, I guess a game-changing movie like The Matrix.

Even it doesn't seem like it's your bag, I'd recommend watching it to see if maybe it actually is your bag.  It is really, really good.

Here's a bit from it.  I hesitate to use this one because it's one of the least self-reflective pieces in the special, and some people might even think it's a little mean.  It's such a good song, though...

Oh, and in other, much more boring news, I finally have Jersey license plates, and I'm proud of myself for being able to just screw the damn thing onto the front of my car, which had nothing set up to hold a tag.  (Side note:  I've also recently learned that calling a license plate a "tag" may be slang from my upbringing that isn't even widely understood around here.)  So...pat on the back for old Jonathan...

Email ThisBlogThis!Share to TwitterShare to FacebookShare to Pinterest
Labels: 5e, Bo Burnham, Iconicon, Moon Warrior, The Folio, thoughts so dull I kinda wonder why anyone would read them