Friday with the Flame!

Well, I missed both Monstrous/Monster Monday and a shot at a second Were-Wednesday this round, so let me have some fun to close out the work week...how about a Friday with the Flame?

One aspect of Dogwood City (my public domain supers "project") that I've wanted to correct is the fact that I've never identified a signature hero for the city.  Of the characters I've written about, there are a few that "speak to me" more than others.  I like the Arrow, Black Lion, and Cub quite a bit, but they're really all ersatz versions of other well-known heroes.  Daredevil is awesome, but he's been used a lot in other public domain supers projects (and there's something weird about the fact that another character is a much better known Daredevil).

Besides, my comic book heart might be happiest in the Silver Age.

I did include the Nature Family on the initial Dogwood City roster, and not only are they pretty awesome, they have the distinction of being some of the few pre-Barry Allen superheroes of the 1950s.  They'll certainly vie for the status of top Dogwood icon(s).  I've recently been reading the adventures of another contender, though...the Flame: 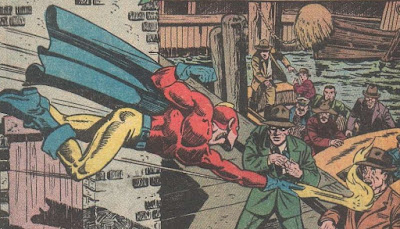 The Flame is really interesting to me because a big chunk of the Silver Age's genesis is tied up in DC's revamping of Golden Age heroes like the Flash and Green Lantern.  Reading about the Golden Age Flame's history over at Don Markstein's Toonopedia, I realized that this strategy is exactly what was going on when Fox's 1939 hero was revamped in 1954 by Ajax-Farrell, who had acquired the rights to the character.  Changing costumes, powers, and secret identities, the new Flame series only lasted a few issues, but it looks like it was one of those hints of things to come in the superhero market.

The Flame also fits Dogwood City nicely!  Here's the seal of the city that inspires Dogwood... 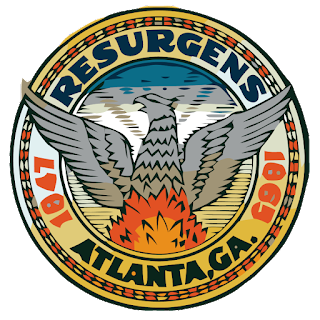 ...and a logo for the university I attend in said city... 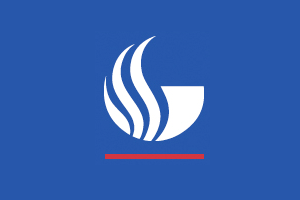 ...and a logo for the first NHL team to leave the city for Canada (yeah, we've lost two)... 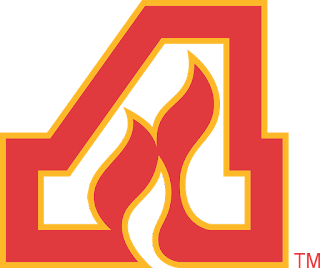 ...and a symbol from the event that helped said city gain worldwide prominence (even if no one cares much about this thing anymore)... 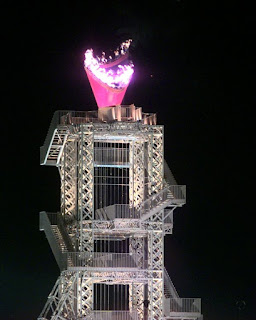 ...and a restaurant right near my house... 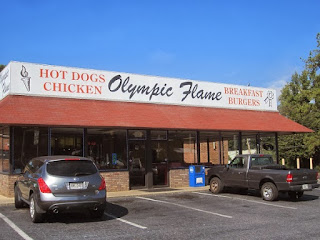 So, yeah, flames are kind of a thing around here.  I guess getting burned to the ground can do that to a city.  Weird how that works.

As for the Flame's connection to actual flames...well, we get hints, like that first image in this post, that he uses some sort of pyrotechnics in his crimefighting.  But for the most part, the Flame is just one heck of a brawler.  So the bad guys can take that... 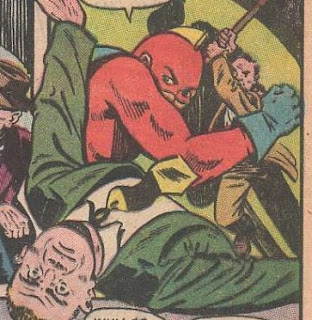 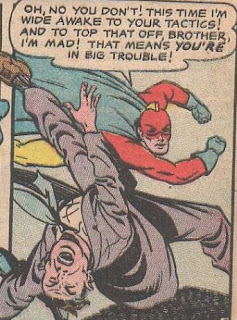 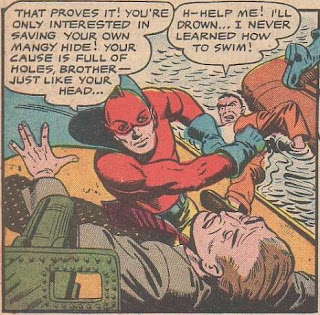 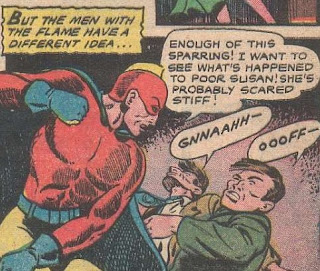 His best trick, though, is probably picking up a dude by the ankle and swinging away at the other villains. 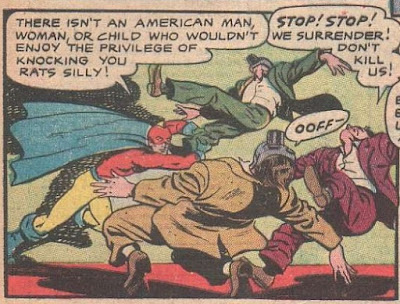 Posted by Jonathan Linneman at September 23, 2016