I would call myself an "enthusiastic observer" of Super7's ReAction Figures.  The design and character choices are pretty awesome, and I really enjoy seeing new additions to the line, but they aren't something I see myself sinking much (if any) money into anytime soon.  It was pretty intriguing, though, to check out their site recently and stumble upon a new figure based upon legendary punk band Rancid's Tim Armstrong:  Skeletim. 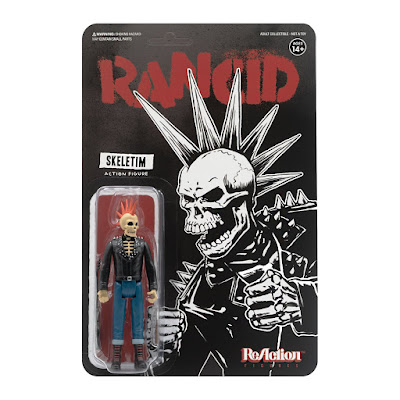 I would rate Armstrong up there as one of my favorite musicians ever.  The 1995 Rancid album ...And Out Come the Wolves had a role in the return to the mainstream of both punk rock and ska in the 90s, and it certainly played a role in the transitioning of my most ardent musical leanings from a general interest in alternative rock to an unshakable love for ska.

While not solely a ska album, ...And Out Come the Wolves features amazing ska numbers like this classic...


...and it was a bit of a return to ska form for frontman Armstrong and bassist Matt Freeman, who were previously in legendary ska-punk band Operation Ivy, purveyors of a whole host of 80s punk anthems...


And if that weren't enough, Armstrong would eventually go on to team up with LA reggae band The Aggrolites to release his debut solo record A Poet's Life (initially as all free downloads), which I would seriously consider a candidate for best album ever.  Check it out if you can.  (Here's a sample...)


Skeletim isn't the first ReAction figure with a musical origin, as the line has featured toys based on the evocative imagery of bands like Iron Maiden and the Misfits.  It's seemingly based upon Armstrong himself by way of artwork used by the band. 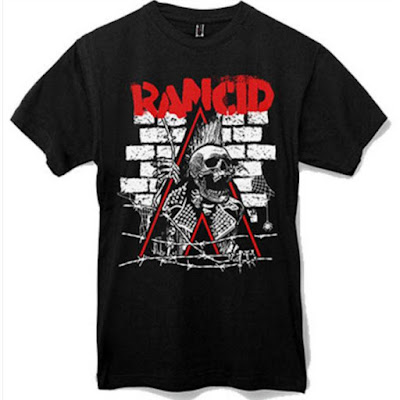 Apparently, Skeletim has also previously been featured as a bobble...er, Throbblehead, with is also...well, kinda cool, I guess.  I wasn't aware that these were even a thing; here's a pic of the second version for the bobblehead lovers among you: 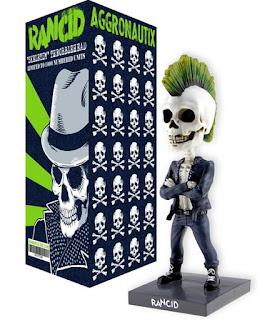