I've been meaning to post this all month, and it looks like I might get it in just in time...!  James over at the Gonzo History: Gaming Edition blog (and of the Monster Man podcast) is hosting what looks to be a pretty awesome monster contest.

Inspired by early D&D's use of cheap plastic beasties for what would become iconic creatures of the game, James wants to see monsters based on...well, cheap toys!  Here are the bullet points of the rules from his announcement:

1. Find a cheap toy
2. Let your imagination work3. Write up your monster4. Submit your entry5. Vote for the finalists!6. Finalists go to the judges7. Win fabulous prizes!

Oh, and the deadline for entries is today, November 30.  I have a feeling the flood of emails he gets after people read this blog post will encourage him to extend it (again), though... ;)

Now, around my house, the most common cheap toys to be found are those belonging to my dogs.  I've been wanting to use some of them in (human) gaming for a long time, so here's my contest entry (statted for generic OSR gaming)! 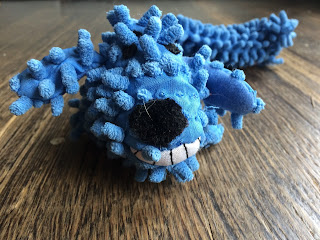 HD 9 (36 HP), AC 14 (base 10, ascending), Attack: 1 Bite (3d6 damage)
Special:  The Aetherwurm is immune to damage from fire, electricity, and lasers, and actually absorbs their energy.  For every 5 damage the Aetherwurm would endure from these sources, whether from attacks, spells, or other means, it gains 1 HD.

Aetherwurms are spacefaring creatures known to many inhabitants of the outer worlds.  They are typically around 30 feet long and covered with fuzzy nubbins (that's what the astrozoologists call them, anyway) that seem to both guide their movement (through space and on solid ground) and enable them to drain power from energy-rich objects and locations.  These may include sources of both conventional energy and that of a magical nature.


Aetherwurms are generally quite docile but are known to be stubborn.  Once they are set on their "prey," they usually are not deterred without force.  They are also fiercely protective of one another on the rare occasion that a group is encountered.

Skilled mechanics have been known to use the bodies of slain Aetherwurms as batteries for spacecraft.  Aetherwurm corpses may maintain harnessable energy within them for up to six weeks after death.

Oh, and they have one natural predator, the Megacolossal Spacepup: 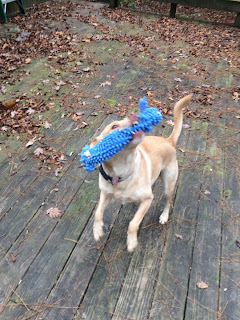 Now...you still have a few hours...head over to the Monster Man contest and see what you can do to get an entry in...!
Posted by Jonathan Linneman at November 30, 2017