As you've probably seen on some of your other favorite blogs (SWIDT?), today is the day on which we are to unveil our blogs' themes for the 2017 Blogging From A to Z Challenge...

While my blogging habits have definitely been in flux lately as I keep working through a bit of a life reboot, I plan to take part again this year, partly in the hope that it will keep me on task in interacting with other folks here on the blogosphere, which is good for me.  I also really like the idea of using the month to take on something that could culminate in a project reaching the next stage of completion.  I kind of had the right idea with last year's topic, but I never really followed through like I could have and should have.


Henchmen & Hirelings: The Quest of Atoz 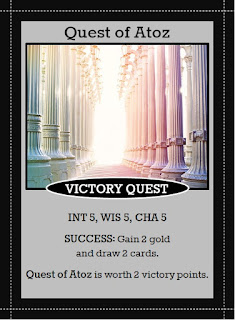 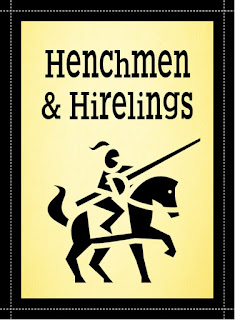 Since you probably find yourself asking What the hell is that? at the moment...let me elaborate...

The month of April will finally see me attempting to put together a complete and playable (or, at least, playtestable) pile of cards for Henchmen & Hirelings, the OSR-based card game I've had floating around in my head for a while.  The set will collectively be known as The Quest of Atoz (again, SWIDT?).

Email ThisBlogThis!Share to TwitterShare to FacebookShare to Pinterest
Labels: 2017 A to Z, A to Z, Henchmen & Hirelings, microgames, OSR card game